Clearing the Way for Redevelopment in Southeast Suburbs 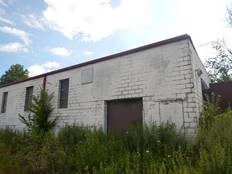 Clearing the Way for Redevelopment in Southeast Suburbs

Dormant factories, closed gas stations, obsolete warehouses, and other types of vacant and abandoned properties have long plagued many of Cuyahoga’s inner-ring suburbs. These abandoned, blighted properties associate with crime, environmental contamination and plunging property values. Each year, the Cuyahoga Land Bank receives dozens of requests from local municipalities to remove these very visible and unsightly buildings from their communities.

In the last three years alone, the Cuyahoga Land Bank has served as an agent for its partner cities to demolish numerous commercial/industrial properties with a concentration in several southeast suburbs of Cleveland. These sites, all of which were funded by the Cuyahoga County Demolition Program, include the former:

The site (above) on Garfield Boulevard has already been re-purposed by the Garfield Heights Board of Education which constructed a new facility to house and service its fleet of school buses.  Bedford Heights is gearing up to combine the cleared Arco Heating & Air Conditioning site with adjacent land it owns and to market the combined 5-acre assembly to developers.

“Removing older, rundown and abandoned commercial and industrial properties increases public safety, boosts property values, and improves the community’s image and pride. It provides a clean slate for positive redevelopment,” says Gus Frangos, President and General Counsel for the Cuyahoga Land Bank. “We are committed to helping return unproductive properties to productive use and to helping these cities flourish for years to come.”

Live in Glenville and next door to @UniversityCirc