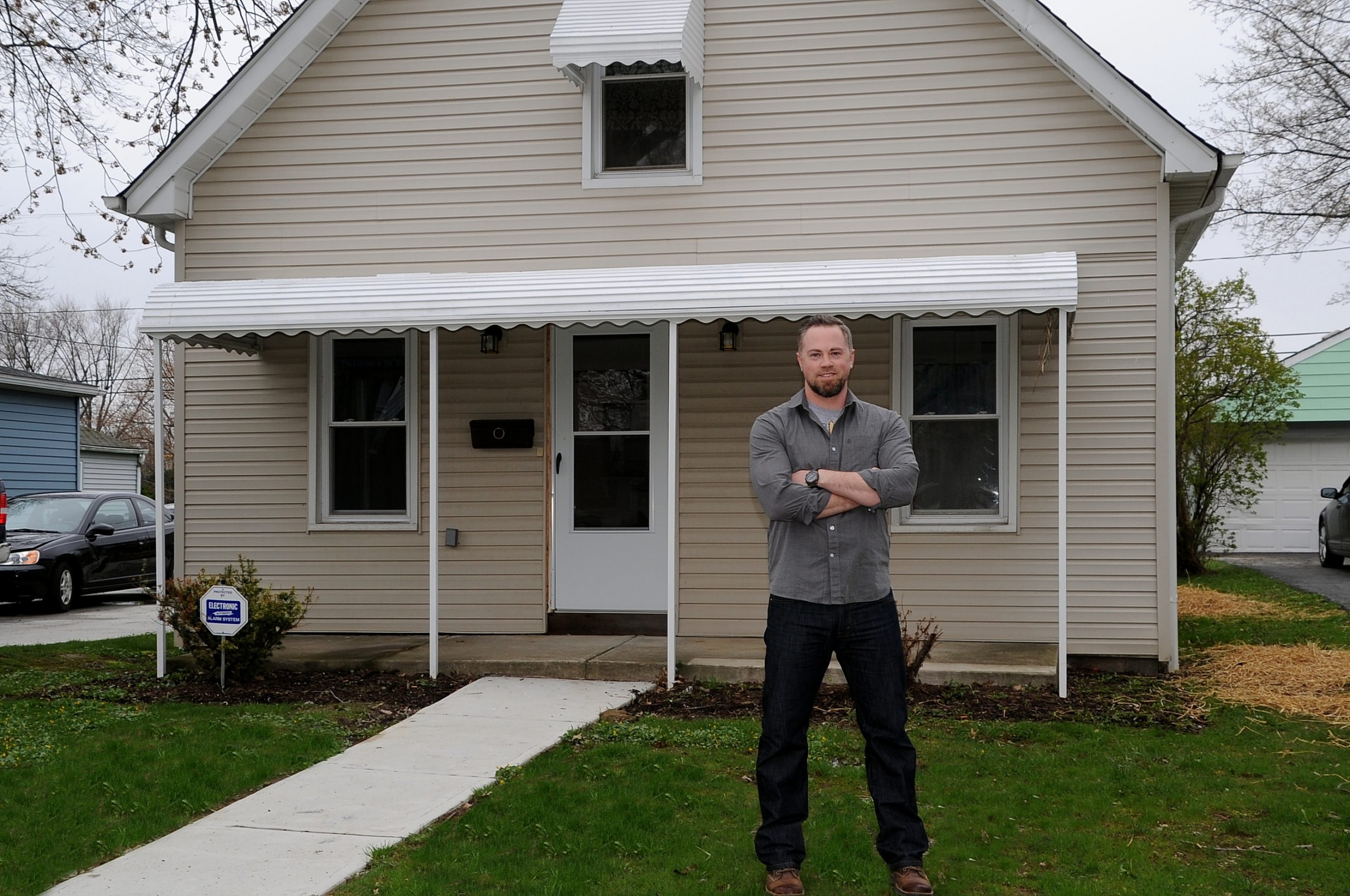 Sometimes, choosing a home comes down to chemistry and when U.S. Army veteran, David Siebert, first saw the home in the City of Mayfield Heights, it was love at first sight.

He had just come home from the Yongsan District of Seoul, South Korea, where he had served as a Combat Medical Nurse. “I looked in the window and I have to admit, I was a little worried,” he says, laughing. “A huge part of the ceiling was missing – I could see the sky! It was open to the world.”

Siebert had chosen the house, though, while he was still overseas. He searched real estate websites for about six months, determined to buy a home near his family in Mayfield Heights, where he was raised. During his search, he came across the Cuyahoga Land Bank’s HomeFront Veterans Home Ownership Program, which featured the house in Mayfield Heights.
“It was so perfect for him,” says Vatreisha Nyemba, Compliance and Monitoring Manager for the Cuyahoga Land Bank. “He stated in his application that, ‘owning a home in Mayfield Heights is a lifetime goal.’ ”

He contacted the Cuyahoga Land Bank right away. “I asked them, ‘How can I make this happen?’ It snowballed from that point.”

But there was work to be done. The house had been vacant for at least a year and was in serious disrepair. But the house had “good bones,” said Siebert; built in 1926, it’s on the small side, though it has three bedrooms and sits on a 150-foot-deep lot, adjacent to a baseball field.  The property was located on one of the oldest side streets in Mayfield Heights, “so there’s a lot of history here,” Siebert says.

Obviously, the house needed a new roof. The kitchen had to be gutted and re-built from floor to ceiling and a new bedroom and bath were added in the rear. Pipes had burst during the winter, so the house needed new plumbing, new carpet, and the electrical system had to be updated. “Every surface got touched,” Siebert says, including an alarm system, a new driveway, garage door and tree trimming. 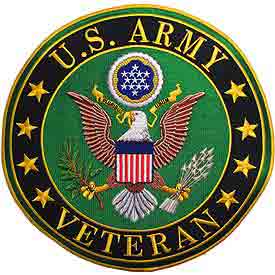 “I feel really lucky,” says Siebert, now a full-time pre-med student at Notre Dame College in South Euclid. “Not only am I close to my family, but my best friend, a guy I’ve known since we were three or four years old, lives two streets away!”

And he can not say enough good things about the Cuyahoga Land Bank and its commitment to returning veterans. “They want people in my situation to be able to find a home,” he says, “but even without the program that supports veterans, I would have purchased a property with the Cuyahoga Land Bank.”

“I was able to be a full-time student while the Cuyahoga Land Bank rehabilitated the house, and when I walked in and everything was complete! They handed me the key and they practically gift-wrapped it for me!

“The Cuyahoga Land Bank saved me about a year of work,” he adds. “They really took care of me – I don’t ever plan to sell this house,” states Siebert.