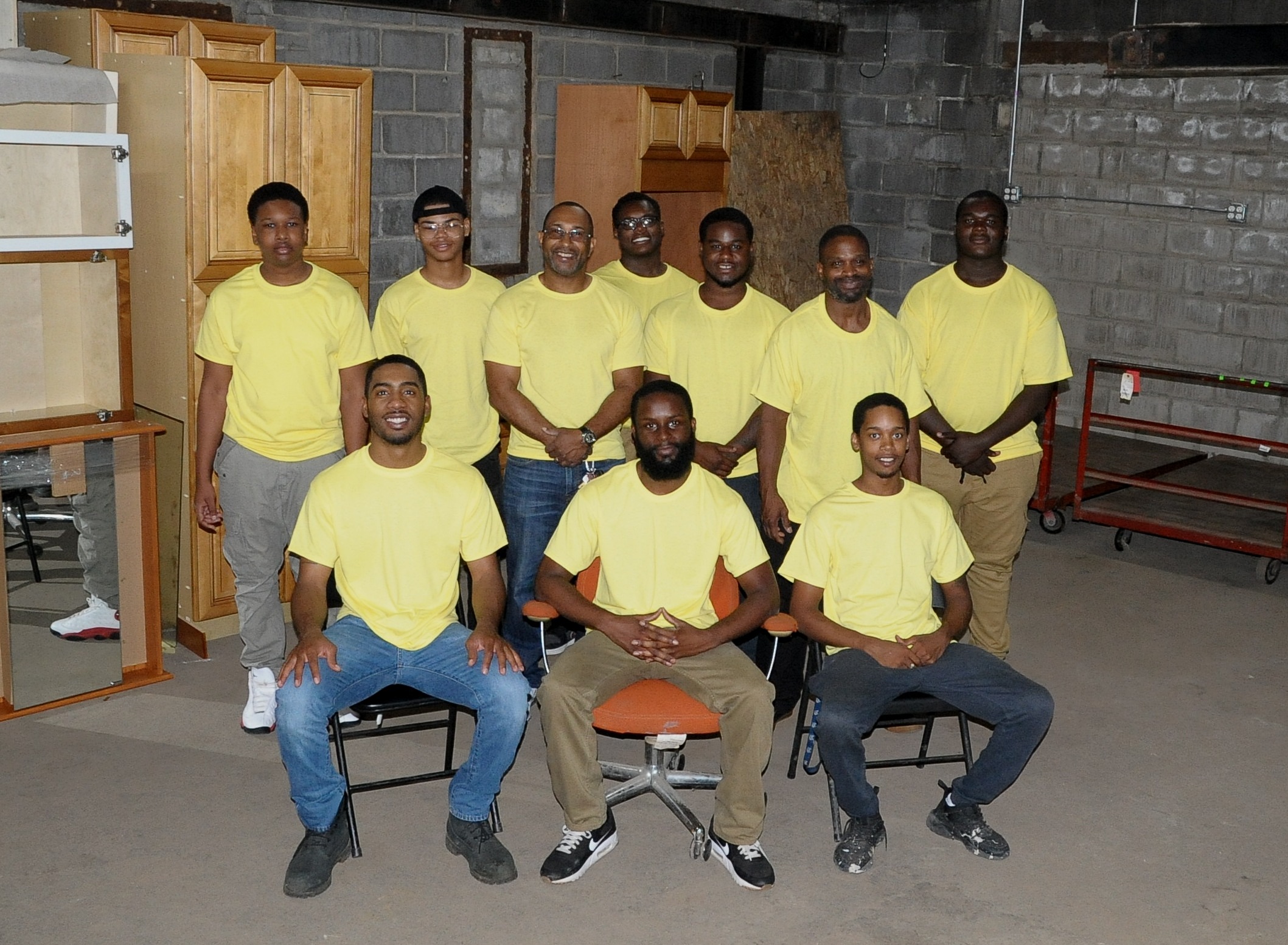 After being released from serving a 12 ½ year federal prison term, William Foster knew that he could make a difference when he began holding bible study for a few friends and neighborhood youth in his garage in 2009.  In those early days, he worked to mentor those first few young men and instill godly principles. Soon, church members were asking him to speak to their sons who needed a guiding hand.  “Many of these young men do not have a solid father figure in their lives and desperately need strong and consistent leadership,” says Foster, who as a youth found himself on the wrong side of the law and grappling with many of the same issues as these young men are dealing with today.

As interest in his mentorship caught on, Foster founded King’s Son 820, a 501 c3 non-profit organization devoted to assisting impoverished young and adult males – age 8 to 20 – in their spiritual and personal development.  The program is geared toward at-risk, homeless, and troubled youth. “These are young men who are at-risk both spiritually and educationally,” says Foster.

Headquartered in a building acquired from the Cuyahoga Land Bank in 2014 in Cleveland’s Collinwood neighborhood, today King’s Son 820 offers programs that teach financial literacy and promote community involvement, as well as biblical precept.  Beginning in 2018, King’s Son will also use the main building to operate an Aging Out of Foster Care facility.  King’s Son 820 also has a youth leadership group that does outreach at juvenile centers and jails throughout Ohio and a Youth Pre-Entry Program that supports students in vocational trades while incarcerated.

To further his mission and help the young men strengthen their economic future, Foster set out to create a sustainable employment enterprise by teaching them to renovate homes. In 2013, a generous supporter donated $50,000 for tools and supplies for Foster and a team of young men to begin renovating two homes acquired through the Cuyahoga Land Bank.  Currently, the young men are performing all the renovation tasks, including painting, roofing and tiling, as well as fundamental carpentry. Upon completion, King’s Son will sell the homes. “We completed the first house in less than 45 days and it was a beautiful renovation,” says Foster.

Foster also created a second sustainable employment enterprise by having the young men learn to design and construct custom kitchen cabinets and bathrooms using a licensed 2020 Design Academic Program.  This program involves the youngest members, as well as the local home owner, contractor or developer.

“We believe in dealing with the whole man and not just the natural houses, but those made without hands (human),” says Foster.  “We are not only teaching valuable skills, we are creating youth leaders and future mentors.”

That mentoring has made a significant impact in the lives of many young men, including Trevon, who came to the organization when he was just 15 years old.  “Trevon had been in and out of the juvenile system since the age of 11 and was in desperate need of guidance,” says Foster.  Today, Trevon is adept at all facets of construction including plumbing, electrical and HVAC and he now teaches cabinet assembly to many of the program trainees that go through the program at King’s Son.  “There was something very special about this child,” says Foster.  “We worked with him, teaching foundational principals along with construction skills.  Trevon learned that he was really good at something and put all the work and effort into learning and improving himself.  His journey is a real success story and there are many more young men with stories just like Trevon’s that actually run the operation on a day-to-day basis.”

“I am thankful and blessed for the opportunity to watch these young men become better,” says Foster.  “We train our young men to learn all they can learn, teach what they learn and, most importantly, live what they learn.”

To learn more about King’s Son 1820, visit their website HERE.

We couldn't be successful without our supporters!

Attention residential developers!! This is your la

Hey Look! It's Jen offering a look into one of our

Here's another look at the progress of a new home

Congratulations to our friends to the South on the

SOLD! This West Park beauty is off the market and

In honor of tomorrow's fall equinox, we share some

Calling all housing developers!! It's time for Rou