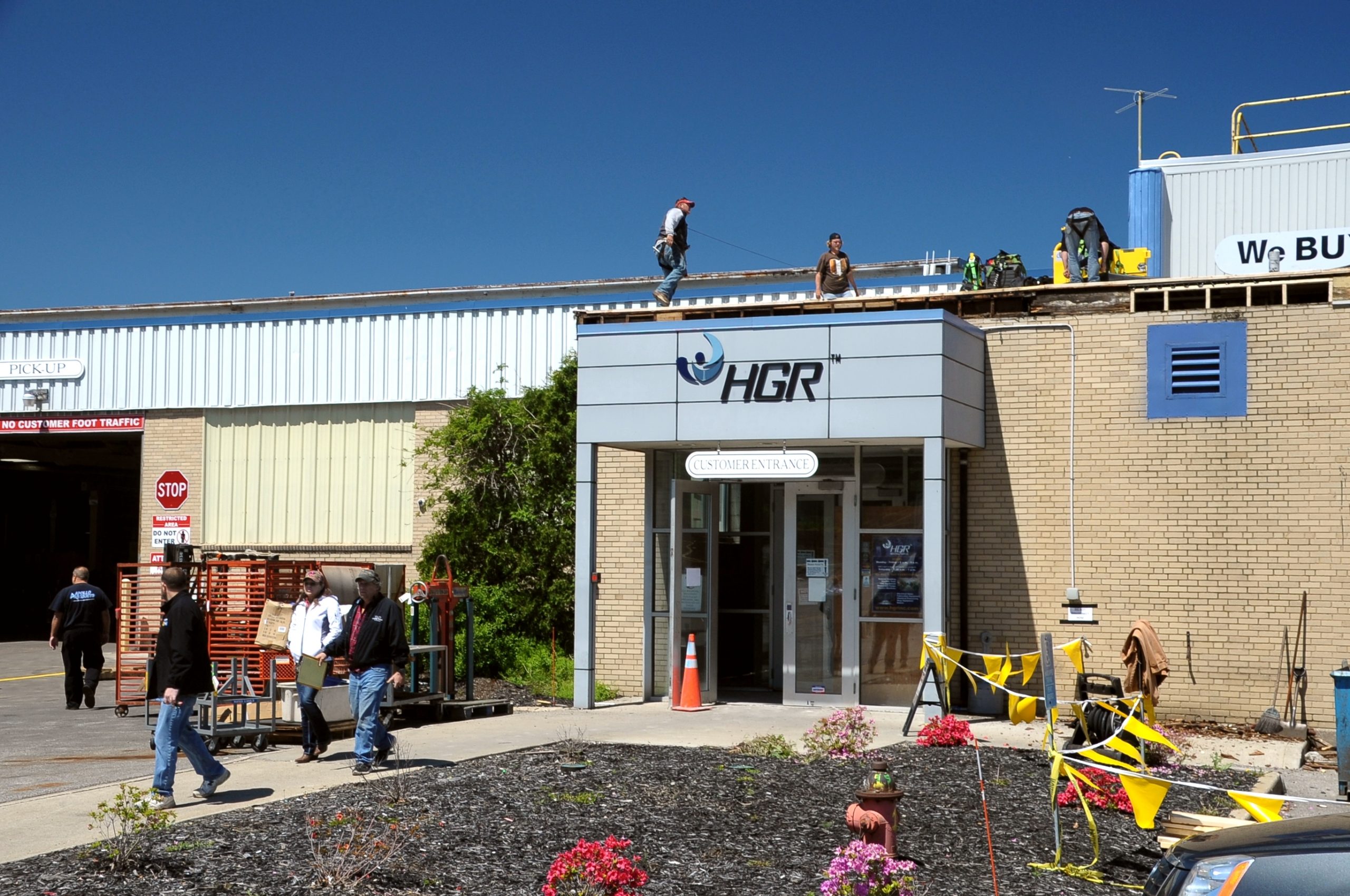 Brian Krueger, President and CEO of HGR Industrial Supplies, which buys and sells manufacturing and industrial equipment, wanted to take ownership of the building to save HGR’s employment base and avoid the upheaval of a large-scale move. After the building went through three unsuccessful public tax sales, the property was obtained from state forfeiture by the Cuyahoga Land Bank.  The Cuyahoga Land Bank and City of Euclid then turned it over to HGR on the condition HGR would retain its employees in Euclid, make necessary improvements and market the space for additional future tenants.

Over the last three years, HGR has made more than $2 million in improvements to the building, including a new HVAC system and roof, allowing it to expand its operations.  And, HGR recently welcomed two new tenants to the building.  DriveTime, a national retailer of previously owned vehicles now occupies 100,000 sq. ft. of the building and is using the space as its Midwest regional distribution facility.  In addition, NEO Sports Plant, a multi-sports complex and sports bar which made a significant investment in renovating the space, is leasing nearly 70,000 sq. ft.  HGR received assistance from JobsOhio to renovate the space to attract DriveTime as a tenant.

“DriveTime brought in 80 employees with room to grow, and the Sports Plant has a total of four full and part-time employees,” says Jonathan Holody, Director of Planning and Development for the City of Euclid. “That space had been vacant for a long time, and there was a point where we weren’t sure what was going to happen with the property.  The Cuyahoga Land Bank enabled a new, responsible owner to commit to making substantial improvements and ensure productive use of the property.  HGR is certainly living up to that commitment.”

“This was our largest collaboration to date with the Cuyahoga Land Bank and we continue to look for opportunities to work together on other large-scale projects,” said Holody.